There were two eras of turn signals on the Porsche 911 longhoods: the SWB (short wheel base) cars from 1964 through 1968 and the LWB (long wheel base) from 1969 through 1973. The goal here is to identify the differences between the two versions of the LWB turn signals, those made for the U.S. market and those made for the RoW (rest of world, commonly referred to as Euro) market.

As a small company, Porsche was very frugal in those days and saved money wherever they could. The front housings for both markets were essentially the same as were the rear housings. With small modifications they could be made to conform to the regulations of their specific markets. One of the services that I offer is the refurbishment and restoration of LWB turn signals which gives me the opportunity to see many different sets and to compare the differences between those made for the U.S. market and those made for the Euro market. 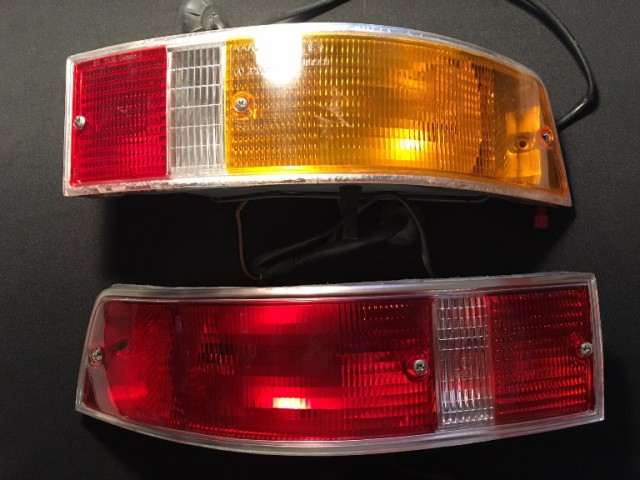 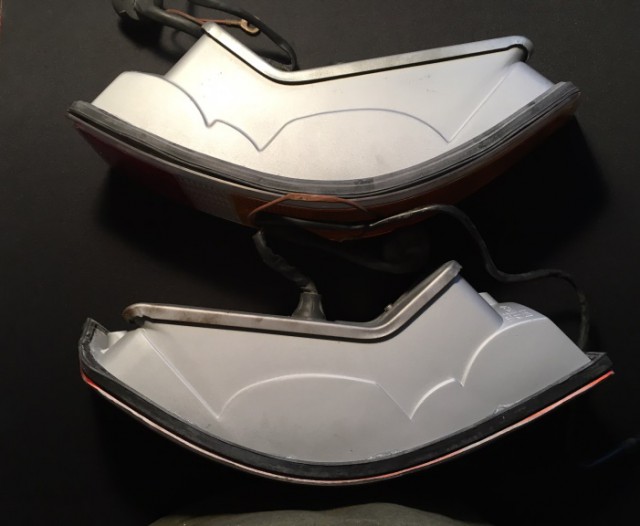 This is the top view of the housings. The plates that you see on the back of housings are removable wiring harnesses. 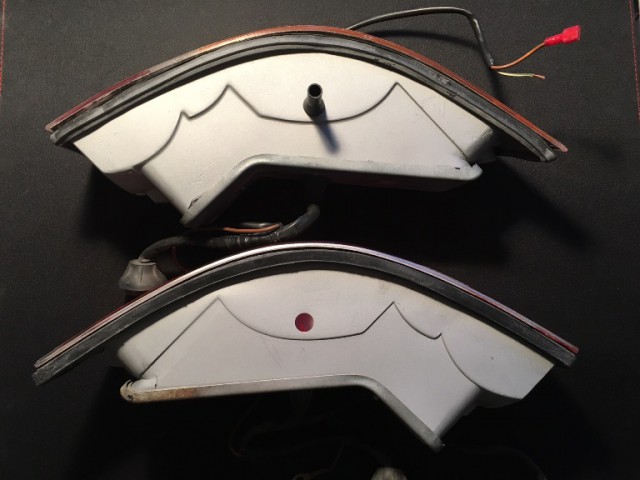 Bottom view of the housings. The hole is for a rubber drain plug.

The version for the U.S. market turn has four bulbs and the Euro version has three. From the middle of the car to the outside of the car: 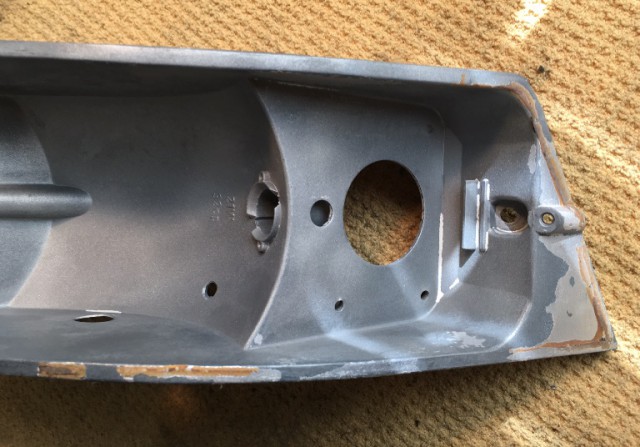 No bulb socket or bulb is installed in this end of Euro housings. It is covered with a reflector however.The next picture shows the bulb holder for the 4w bulb that was installed in the U.S. version. 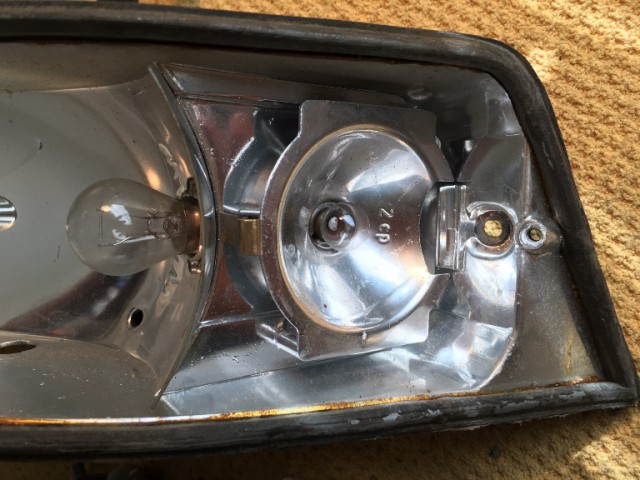 Here’s what the assembly looks like showing the extra socket for the U.S. versions. 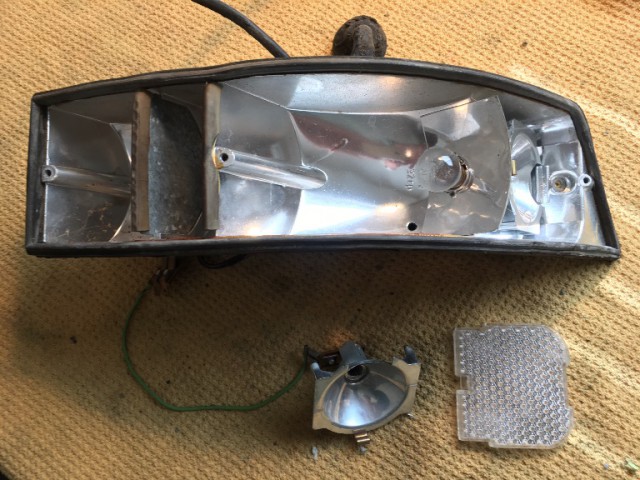 The plastic reflector is used in both Euro and U.S. versions.

The turn signal for the U.S. has two bulbs: 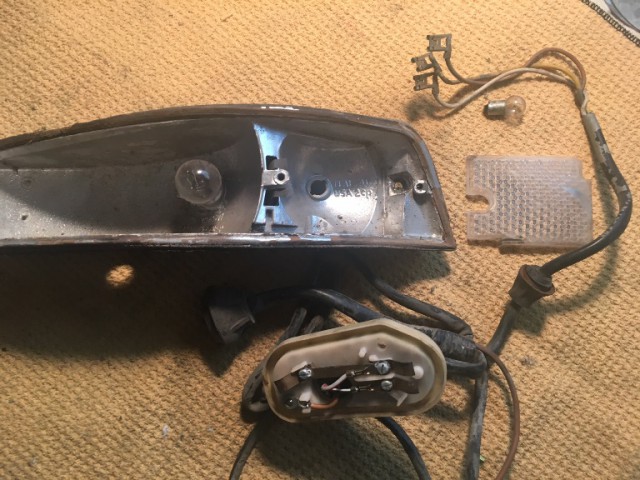 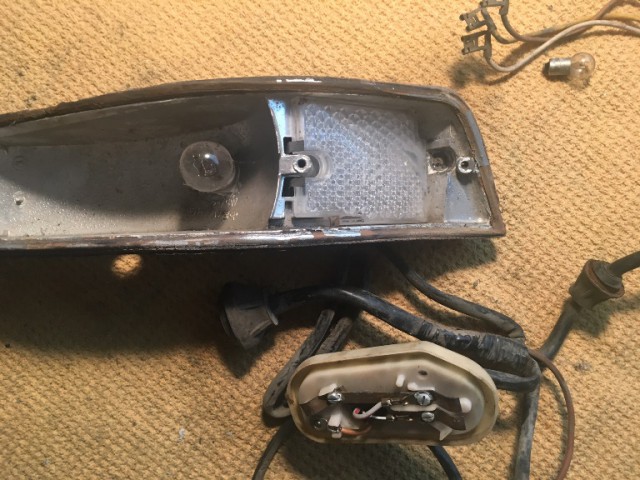 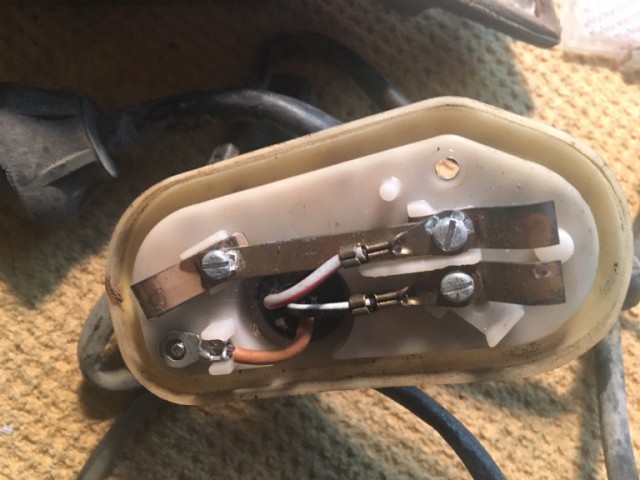 Here’s a detail of the wiring for the U.S. light. You can see the double contacts for the 32/4cp bulb and the single contact for the 2cp bulb 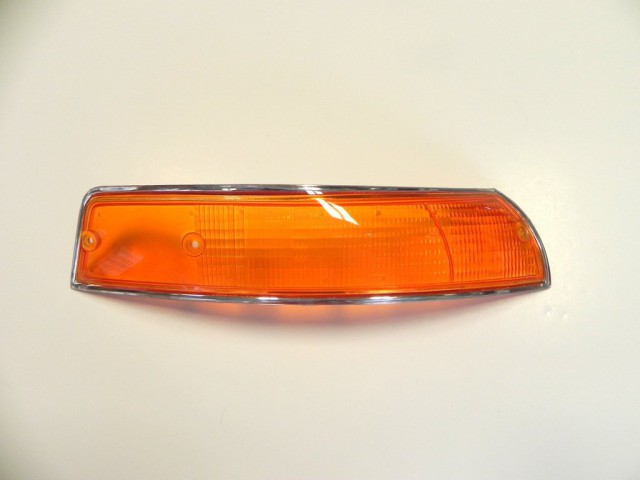 LWB U.S. turn signal front lens. This one has a chrome border – they are also available with a black border.

The turn signal for the Euro market has two bulbs, but located differently from the U.S. version

Here’s a picture of the housing with the city light assembly removed: 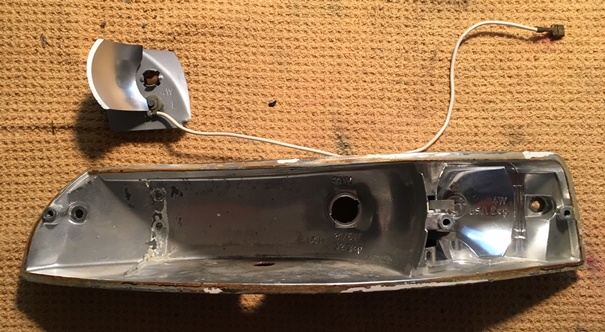 And with it installed: 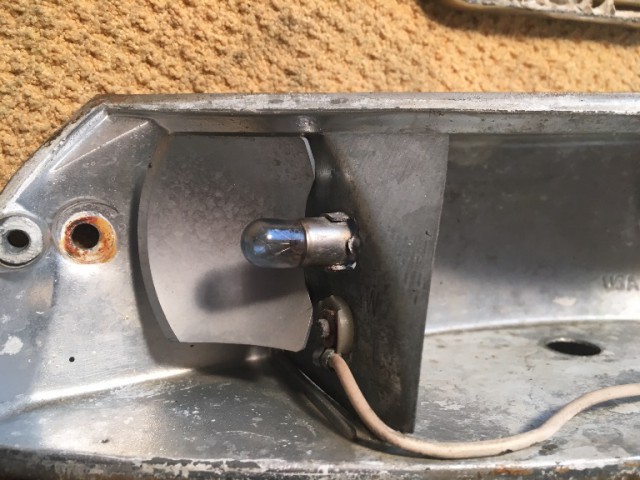 Small bulb mounted on the inside of a LWB Euro front turn signal housing as a running light. This is the reason that Bosch H4’s for longhoods don’t have city lights in the headlight housing that H4’s from 1974 and up do. 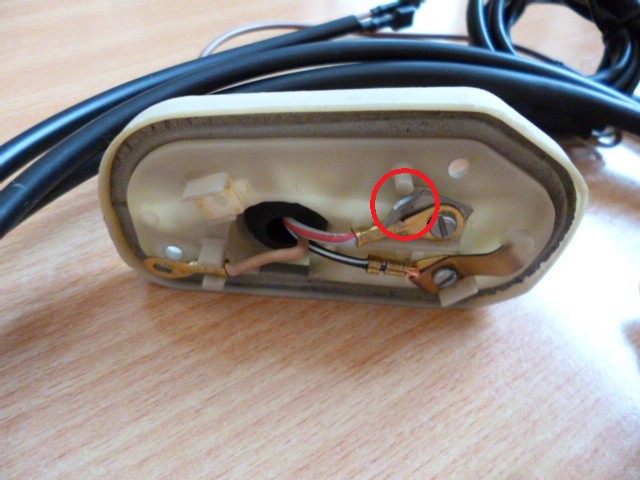 Wiring connector for the LWB Euro front turn signal. Note the contact for a single filament bulb as opposed to the dual contacts found on U.S. units. The circled area is where the extra wire for the running light connects. 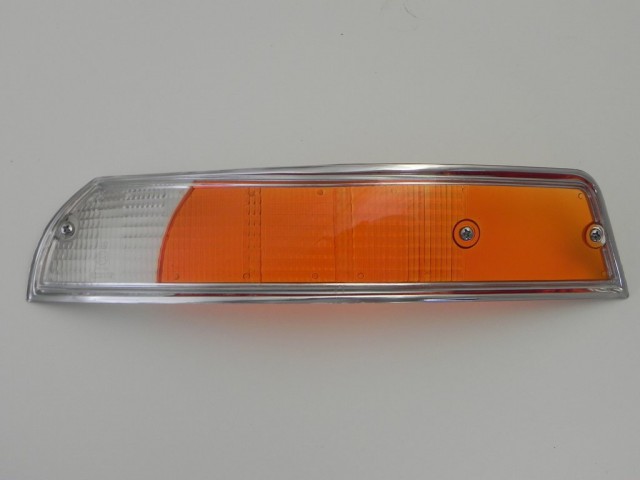 Lens for LWB Euro front turn signal. The clear section toward the middle of the car is where the small bulb for the running light is located.