The 7″ Cibie Bi-Iode assemblies were an upgrade to sealed beam lights that installed directly into the Hella sealed beam housings, replacing the sealed beam unit. The dual bulb, dual reflector Cibie Bi-Iodes, used on the Porsche 911R, 911ST and 911RSR (Ford also used them in the Escort MK1), are perhaps the rarest and most desirable of headlights for early Porsches. Like the Bosch H1, they were a work around designed to enable the newly introduced halogen bulbs in automotive headlights. Halogen bulbs at that time had only one filament so in order to use them in cars where two beams were required it was necessary to have two bulbs – and two reflectors.

Note the two reflectors, one large one for the low beam and a smaller one for the high beam. These are correctly mounted in Hella sealed beam housings with chrome trim rings with slotted adjustment screws and Hella lenses.

In addition to being used on the Porsches listed, Cibie Bi-Iodes were also used on the Ford MK1 rally car. It’s usually easy to tell by the condition of the lenses where they were originally used as on the Porsches they were mounted behind the Hella lens in front and so had very little wear while on the MK1 there was no protective lens in front and they usually show road wear, such as sand blasting.

Some versions included an extra hole in the large reflector for a  city light, a 4 or 5 watt bulb often required in headlights in Europe. Other versions had no provision for a city light. 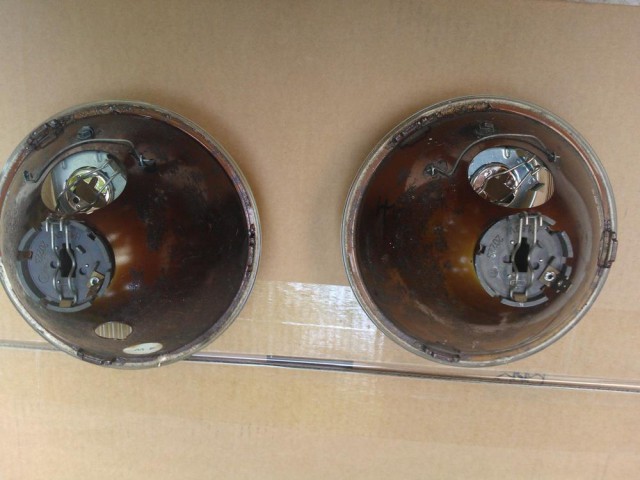 City light version on the left, no city light on the right. 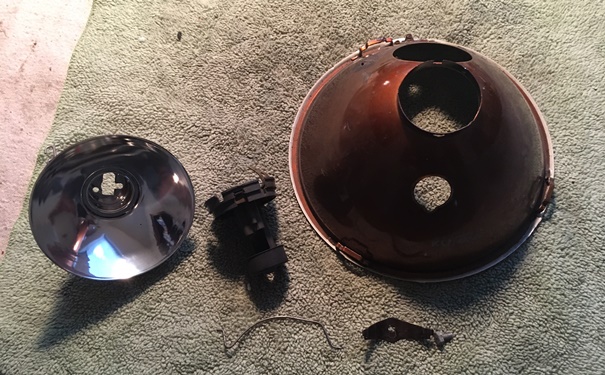 Here’s a picture of a disassembled one. The bottom reflector was attached in an ingenious fashion using a leaf spring (pictured under the large reflector) to provide tension on the small reflector. 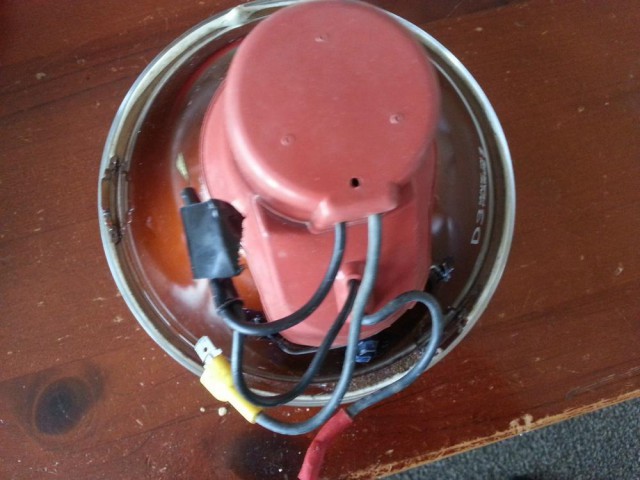 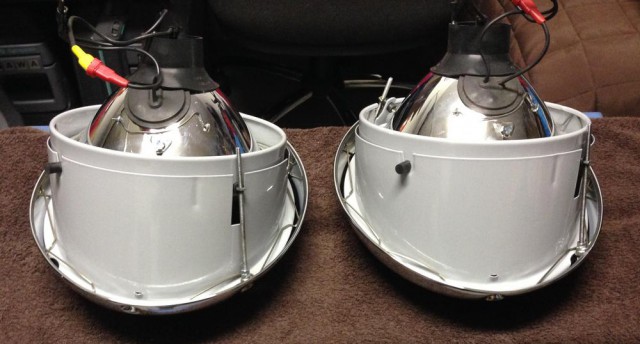 There are at least two versions of lenses and many believe that they should not be mixed and matched. Here’s another point of view from headlight expert Daniel Stern:

The 7″ Biodes were not homologated for low beam in either LHT (editors note: Stern uses the terminology “LHT for Left Hand Traffic” as he feels it’s more accurate than LHD, Left Hand Drive) RHT versions. Also, the hot setup for any kind of a track or road race or rallye car in that era was a LHT lamp on the left side of the car and a RHT lamp on the right, for much better LH and RH curve and bend light on low beam. The non-homologated low beams have very much less height to the nearside upsweep, so even with proper (not artificially low) aim there will not be unsafe or illegal levels of glare or dazzle to other drivers.

A Rare and Beautiful Headlight for Early Porsches 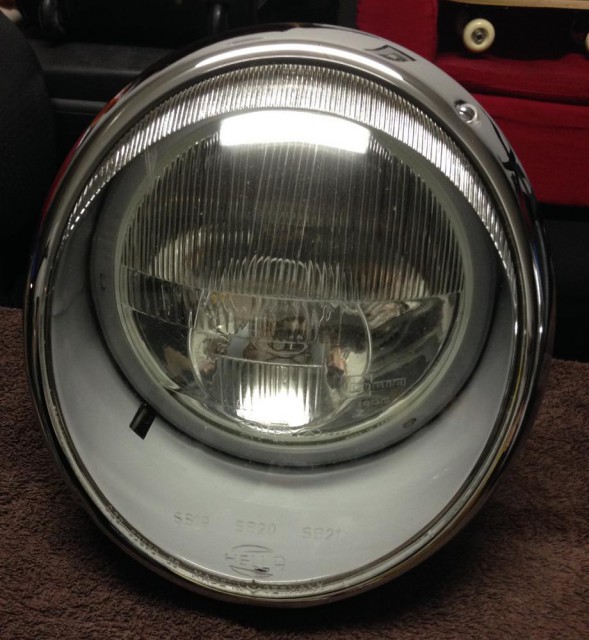 A beautiful, rare and effective headlight with a distinguished provenance. 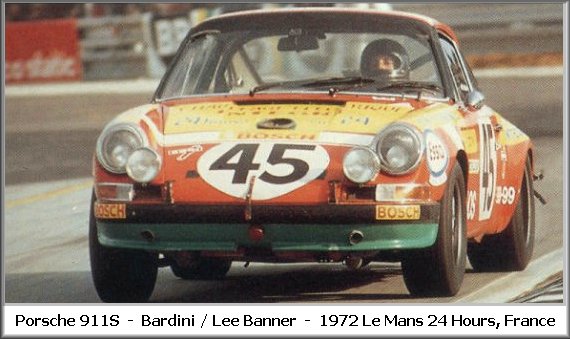 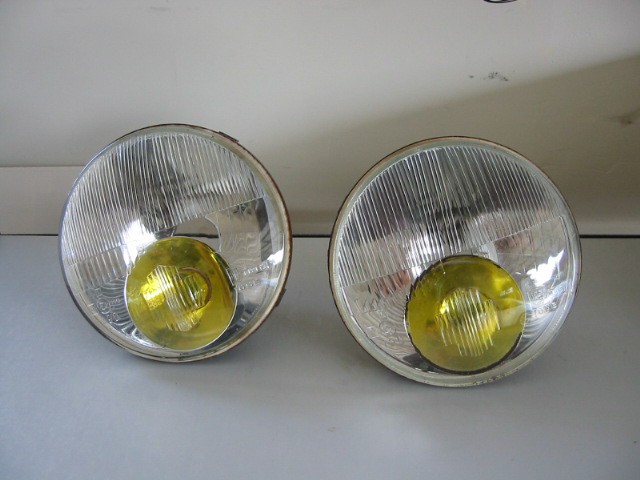 The yellow of the high beam reflector is due to a yellow cover over the bulb. The reflectors themselves were silver.

Other than early Porsches, Cibie Bi-Iodes were by other marques. In addition to the Ford MK1 already mentioned, a slightly larger size was used in certain Citroen models but does not fit in the Hella bucket without modification. For example, Cibie Bi-Iodes used on the Citroen DS are easy to spot as they have a large 190 on the left side of the lens and four connectors in the back. There was also a variety made with wedge shaped high beam reflectors as opposed to the circular high beam reflectors on the ones Porsche used.