I’ve had the pleasure of owning, restoring, driving, racing and showing a number of great (and some not so great!) vintage Porsches over the years. It seems like all of my favorites were projects. A little walk down my Porsche memory lane… 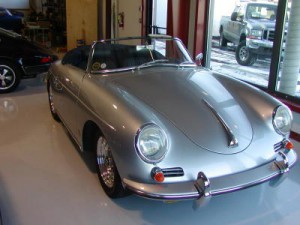 My initial involvement with Porsches was with 356’s, which got started in the 1970’s, I have the good fortune to have owned a number of outstanding 356’s. My favorite was a 1960 Super 90 Roadster that was bought as a project. My goal was to restore it using only NOS and refurbished original parts, including nuts and bolts, which was accomplished over an 8-year period. 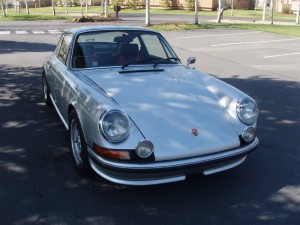 Oddly I got into longhoods by working my way down to that best period in Porsche history. While I had 356’s I also had newer Porsches, mainly 993’s. As I became interested in 911’s I increasingly started to look at older models. I entered the longhood world with a great ’73S. A rare car with an Andial built 2.7 and factory flares. After I sold it the new owner took it back to the original Tangerine color and won Best in Class at Carmel Concours Avenue. 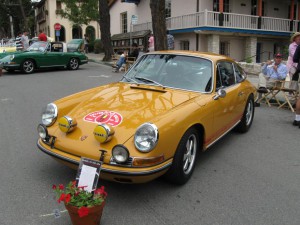 The most fun I have had with a Porsche was with Stubby. I wanted a high performance hot rod but one that was done correctly. I started with a 1967 Normale Coupe that had the matching aluminum 2.0 case built to RS 2.7 specs. Using the Sports Purpose publication issued by the Porsche factory I set out to build an authentic period rallye car as if it had been done by a privateer in 1968. I used only NOS and original parts and ended up with a car that performed well on the track and showed equally well at concours events (after a lot of detailing!). It won First in Class at the Carmel Concours on the Avenue event in 2009. More information about Stubby here.

I might be getting old but my involvement with Porsches today is confined to the enjoyment of my 1991 964 Signal Red Coupe. No project involved, simply a capable car, equally good at getting groceries or carving the great back roads here in Central Oregon. Also I’m an active member of the outstanding Early 911S Registry, joining in June, 2003, member number 413.

Oh, and did I mention I restore SWB original headlights and turn signals, and H1 and H4 headlights?