The SEV Marchal Amplilux were 7″ assemblies that fit into the Hella sealed beam housings with no modification. Used to replace the poor performing sealed beam headlight, the dual bulb, dual reflector Ampliluxes dramatically increased the performance over sealed beams and are, second only to the Cibie Bi-Iodes, the rarest and most desirable of headlights for early Porsches equipped with Hella sealed beam housings. Like the Bosch H1 and Cibie Bi-Iodes, they were a work around designed to enable the newly introduced halogen bulbs to b used in automotive headlights. Halogen bulbs at that time had only one filament so in order to use them in cars where two beams were required it was necessary to have two bulbs – and hence two reflectors. 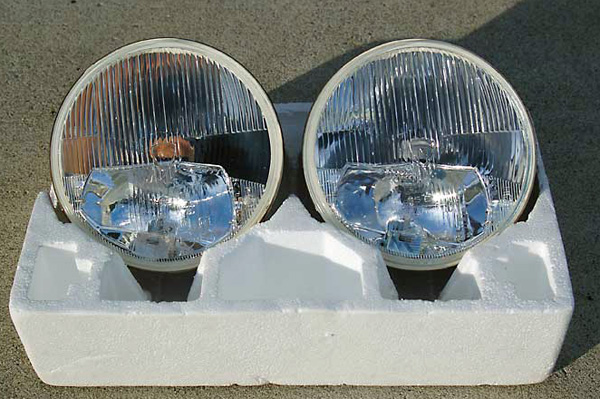 The Ampliluxes had a sharp low beam cut-off and a far reaching high beam that could be adjusted separately from the low beam, creating an almost laser like far reaching beam. These and the Bosch H1 were the only headlights that had the capability of adjusting the high and low beams separately. 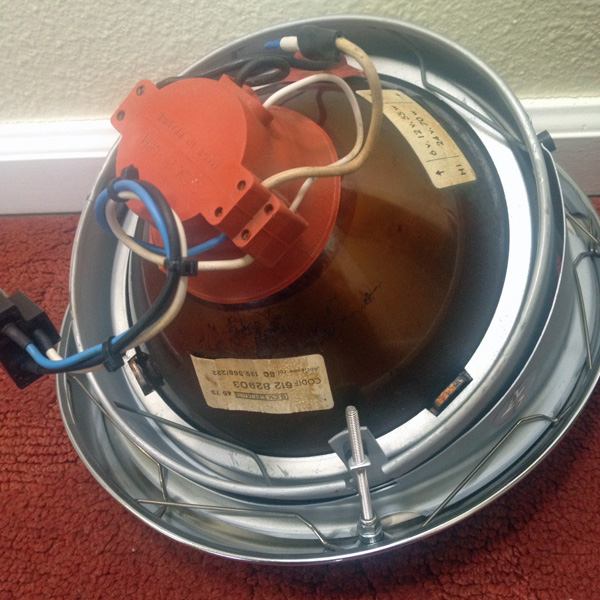 The back of a SEV Marchal Amplilux showing mounting in the Hella housing used for sealed beams. You can also see a decal with instructions for installing the H1 and H3 bulbs. 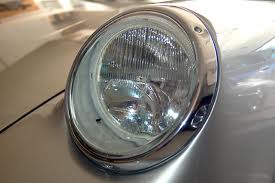 An Amplilux headlamp installed on an early longhood. They fit into the Hella sealed beam housing with no modifications required.